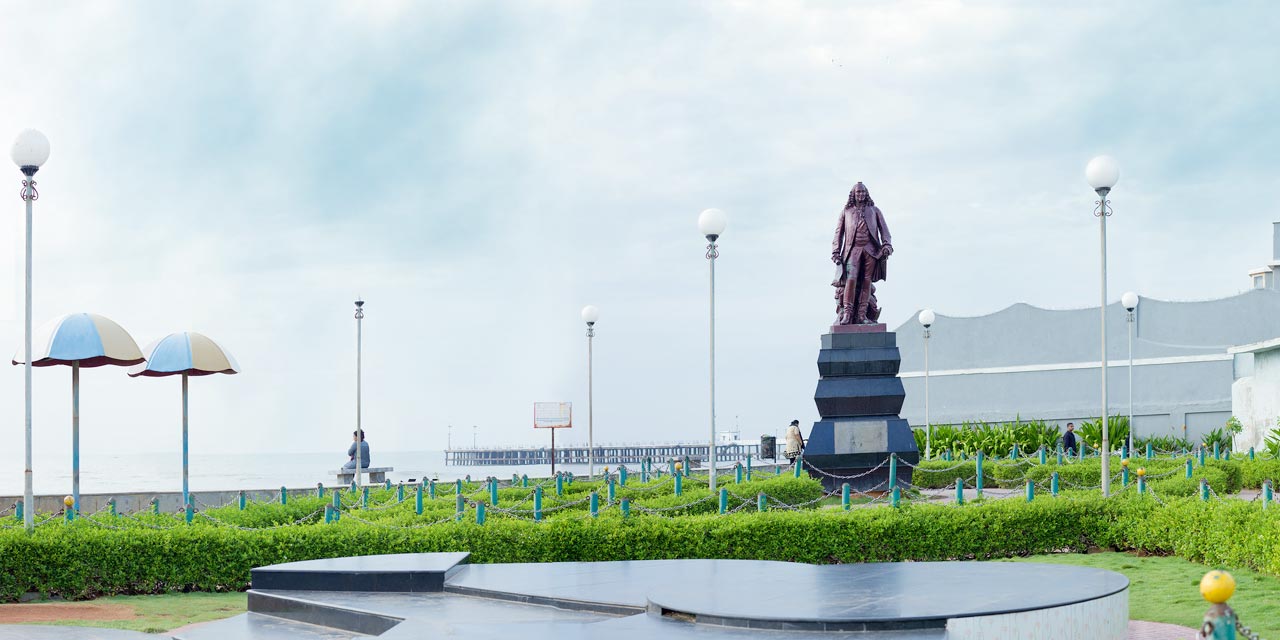 The French capital of India, Puducherry, erstwhile Pondicherry, showcases a perfect blend of Indian and French culture. From the evergreen beaches to the colourful buildings and quaint cafes, the streets of Puducherry come alive with enthusiasm every day. However, what justifies the blend is the Statue of Dupleix standing on Goubert Avenue.

The statue is of the last French governor in Puducherry, Joseph Francois Dupleix. This beautifully built statue signifies the French's impact on this Indian union territory and is still visible scattered all around.

All about Statue of Dupleix, Puducherry

The mesmerising statue of the French governor, Joseph Francois Dupleix, has a history of more than 150 years. The French recognized Dupleix's work in 1870, and his two statues were commissioned the same year. One was established in France, and the other was sent to India in Puducherry.

Joseph Francois ruled the Indian territory of Puducherry from 1742 to 1754. His efforts resulted in preventing British domination in Puducherry. However, he left for France after being defeated in the second Carnatic war.

The statue was initially established on 16th July 1970 at the Gandhi Thidal, where Jawaharlal Nehru's statue stands. Later in 1979, the statue was relocated to its current location.

Architecture of the Statue of Dupleix, Puducherry

The Statue of Dupleix is a 2.88-meter tall statue standing on a granite column. The long statue is a significant landmark of the city and a recommended tourist spot. What adds to the statue's beauty is the bustling children's park located nearby.

Dupleix can be seen wearing a court dress with a bag wig in the statue. His long riding boots, prominent nose, and gigantic jaw show his commanding stature. In his right hand, he is seen holding a map of Puducherry, and his left hand is reposed on the hilt of his sword.

#Trivia: The Public Works Department (PWD) of Puducherry undertook the restoration work of the statue in 2014.

Location of Statue of Dupleix, Puducherry

The popular tourist spot, Statue of Dupleix, can be reached hassle-free. It is located in Duppuyet in Goubert Avenue in the children's park. The area falls on the beach road in Puducherry. So if you get lost reaching it, you can quickly ask the locals for directions.

Entry fee and timings of Statue of Dupleix, Puducherry

This beautifully built statue is opened to its admirers all through the week. So, you can enjoy the aura near the statue any time between 6 am to 6 pm. The best part is that there is no entry fee to the place. So, without standing in the queue for tickets, explore the statue.

You can visit the Statue of Dupleix any month of the year. But your trip to Puducherry must have much more on the itinerary. So, it is always recommended to choose the winter season to explore the city of Puducherry.

The humid summers and monsoons will prevent you from quickly witnessing the city. Therefore, it is best to explore the UT from October to March and cover every tourist spot of Puducherry at leisure.

How to reach Statue of Dupleix, Puducherry

Puducherry city is accessible via all modes of transportation. You can reach the city through air, train or bus. The nearest airport is Puducherry Airport, and the next one is located in Chennai, approx. 150 kms from the city center.

Most people visit Puducherry via buses, and for them, nearly every location is approachable.

The statue of Dupleix in Puducherry is also situated at a distance of just 3 Km from the Puducherry main bus stand. You can easily traverse this distance in 30 minutes. Also, several buses and cabs run between the bus stand and the statue.

Puducherry airport is also 6 Km away from the statue and can be reached in about 24 minutes. You can reach the location in under 4 minutes from the railway station. Book a private cab from top car rental companies in Pondicherry and reach the Statue of Dupleix without any hassle.

Taking you back to the French era, the Statue of Dupleix stands still in Puducherry. The statue of the French governor shows how Puducherry still blends the French style in it. Make sure you add a visit to this beautiful statue while touring Puducherry.

You can see that there is so much that the union territory of Puducherry has to offer you. Explore the beautiful French and Indian culture mix by booking a Pondicherry Tour package with us. At Pondicherry Tourism, a division of Holidays DNA, we offer these packages at best possible rates so that you can enjoy your trip to the fullest. Please fill the Contact Us form to get in touch with us.