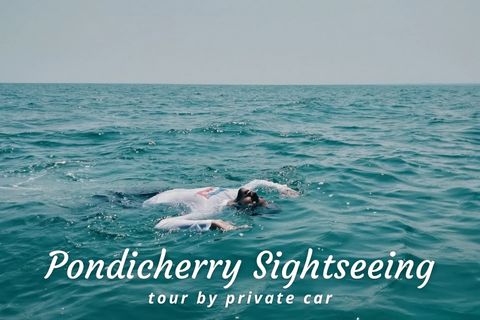 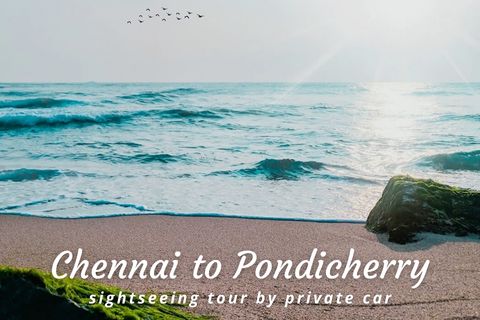 Pondicherry, the ‘French Capital of India’, is a colorful city, located on the south-eastern coast of India. The union territory of Pondicherry shares most of its heritage, culture, language, and history with Tamil Nadu. The city enjoys a tropical wet and dry climate all-round the year. It features some of the country’s immaculate beaches, quaint buildings from the British Era, charming boulevards, and intricately designed churches and temples which can be explored with Pondicherry Local Sightseeing Tour Packages.

A popular destination, Pondicherry, offers numerous sightseeing opportunities and things to do for its tourists. From spirituality to yoga and relaxation, you can visit Pondicherry for various reasons. It also attracts visitors for its cleanliness, authentic French, Portuguese and Dutch flavors, and thrilling adventure sports.

Our list of Pondicherry Local Sightseeing Tour Packages also includes cab details to allow you the most comfortable ways to travel across Pondicherry. Our packages are suitable for those traveling with family, kids, and friends. We plan a Pondicherry sightseeing tour while taking care of your interests and making all arrangements for you.

Depending upon the time at hand you can customize our packages to explore Pondicherry. You can also personalize the Pondicherry tour by booking a rental car with the cab companies listed on our site or picking from the sightseeing tour packages on offer.

The best places in Pondicherry included in a local sightseeing tour package are:

1. Sri Aurobindo Ashram: Situated on Marine Street, it is the most important tourist attraction of Pondicherry. The renowned freedom fighter, yoga guru, poet, and spiritual leader, Sri Aurobindo established this ashram after retiring from politics, almost 100 years ago. Its serenity exhibits amazing vibes where you can completely unwind from public life.

In its modern setting, you can find a library, nursing homes, a sports playground, workshops, a dining room, and several other interconnected small departments. You can listen to Indian classical music on Wednesdays while Western classical music on Tuesdays and Fridays. Short films are also played at the Ashram.

2. Paradise Beach: Also known as Plage Paradiso, it is a popular destination for tourists of all age groups. You have to take a boat ride from Puducherry town to reach this secluded beach. En route, you can enjoy the mesmerizing sights. You can notice how the dense mangrove forests turn the backwaters green.

Post-monsoons, the backwaters display a stunning beauty of lively green hues. You can spot some rare bird species, and capture jaw-dropping sceneries with your camera. The nearby shacks offer quick refreshments and cool coconut water. You can play beach sports and perform water adventures like jet skiing, kayaking, and canoeing.

3. Sri Manakula Vinayagar Temple: Dedicated to Lord Ganesha, it is a popular Hindu shrine. It is believed to have been built some 500 years ago on an area of 7913 square feet. The 24-day-long Brahmothsavam is the most important festival held at the temple. You can also marvel at the Dravidian-style architecture with a brilliant array of stucco figurines and friezes.

The temple highlights include an 18-feet high gold laminated Kodi Kambam and the golden chariot (the seat of Lord Ganesha) made of teak wood and golden racks. You can also pray before the idols of Lord Krishna, Murugan, Lord Shiva, and Parvati.

4. Serenity Beach: A 20-minute drive from northern Pondicherry will land you on the golden sands of Serenity Beach. It offers abundant quietude to rejuvenate yourself. With palm trees bordering the coastline, you get an amazing view of the Bay of Bengal. It is basically a fishing village, with fishing boats and gear anchored along the coast.

You can find ample things to do on the beach, like surfing and parasailing. It is also a wonderful venue for photoshoots. You can purchase local handicrafts, footwear, jewelry, apparel, and spices at the Serenity Beach Bazar. Taste some authentic delicacies from the beach eateries.

5. Bharathi Park: Also called the Government Park, it is a landscaped garden located on Rue Saint Gilles Street in White Town. Built by Louise Gurre in 1854, it boasts of Greco-Roman architectural style. It seamlessly blends old and modern through its various monuments, statues, stately buildings, and stone carvings.

Its main highlight is the Ayi Mandapam, a huge white structure in the middle of the park. While the children play in the play area, you can relax by sitting on the granite benches. You can even stroll through the well-kept lawns, and flower beds and sit by the side of the gorgeous fountains.

6. Arikamedu: If you get bored of the beaches and the architecture then you can take a 30-min drive to the archaeological site of Arikamedu. From 1947-1950 several archaeological excavations were undertaken by Sir Mortimer Wheeler and Jean-Marie Casal. Wide-ranging evidence about Indo-Roman ties was unearthed.

Occupied by the Cholas, French, and the Romans, this port town had been a maritime center from 1st Century BC to 2nd Century AD. The featured discoveries are Indo-Pacific beads, megalithic stones or red and black ceramics, and amphorae of Roman schools. Its glass bead factory is noted as the mother of all bead centers in the world.

7. Veerampattinam Beach: Lying between Pondicherry and Cuddalore, it is one of the biggest coastal villages. It had been the port of trade with the Chinese, the Romans, the Greeks, and the Arabs. Its verdant coastline is its specialty. It is a less crowded beach which can be visited any time of the year. You can visit it during the Temple Car Festival when it gets illuminated and presents amazing vibes. You can witness fishing activities, play beach games, eat from the local cafés and cherish the tranquillity of this beach.

8. French War Memorial: Situated on Goubert Avenue, it is dedicated to the French-Indian soldiers who died during the First World War. Set up in 1937 and reconstructed in 1970, it is a stylish structure offering a pleasant experience to all tourists.

The bronze plaque enlists the names of soldiers who lost their lives in World War I, World War II, the French War in Indo-China, and the Algerian War. On Bastille Day (14th July), it is decorated and illuminated for the annual commemoration ceremony. You can visit it from October to March when the warmth is perfect and the cool breeze is refreshing.

9. Immaculate Conception Cathedral: Also called the Samba Kovil, it is the cathedral mother church for the Roman Catholic Archdiocese of Pondicherry and Cuddalore. Dedicated to Saint Peters, it was founded in 1686. White and blue colors alternating with golden accents are an incredible sight. Moreover, the mix of French, Herrian, and Portuguese architectural styles makes it worth visiting. You can sit on the wooden benches and pray. In its 350 years, it has been thrice razed. Hence, it has undergone tremendous reconstructions. The manicured open space depicts a burst of splendid colors. You will also marvel at the choir loft and the bell tower.

10. Raj Niwas (Palais du Government): Earlier it was the official residence of the French Governors in the 18th century. Today, the Lieutenant Governor of Pondicherry resides here. It is a popular tourist attraction at Nehru Park, owing to its quaint colonial structure.

A spectacular amalgamation of Indian and French architecture, it is a white building with monolithic pillars. It acts as the accommodation for the state and the Governor’s guests. The suites are named after various regions like Yanam, Pondicherry, Mahe, and Karaikal. Its precious collection of ancient artifacts is stunning.

Some of these places are Pondicherry Museum, Jawahar Toy Museum, and Sri Manakula Vinayagar Temple. And for those who want to spend an entire day exploring the city, places like Seaside Promenade, Auroville Beach are the best sightseeing places to visit in Pondicherry.

If you have enough time at hand you can step a few kilometers away from the city, and explore the sightseeing places such as Chidambaram, Sri Vedapureeswarar Temple, Karaikal Beach, Mahabalipuram, Tranquebar, Yercaud, and Vellore.