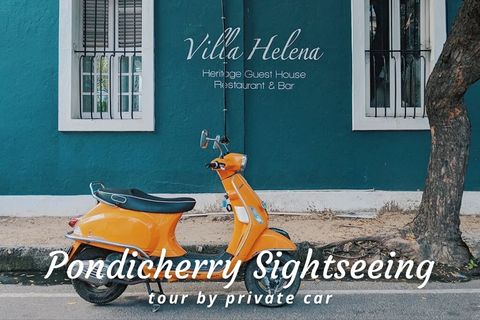 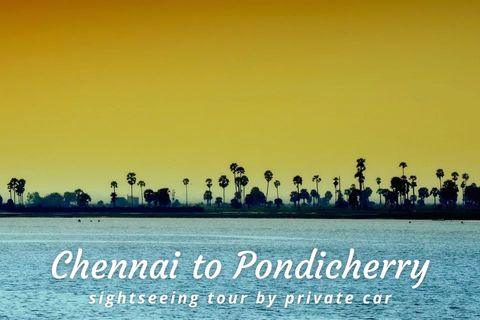 Located off the East Coast Road, Sri Karaneswar Nataraja Temple is dedicated to Lord Shiva. And it’s probably the most peculiar-looking temple in the world. It’s in the shape of a pyramid resembling the Great Pyramid of Egypt. And that’s why it’s also popular as Pyramid Nataraja Temple Pondicherry.

This beautiful temple is built at Pudukuppam beach, a few kilometres away from Pondicherry city. And its unique architecture attracts people from around the world.

Sri Karaneswar Nataraja Temple is built by Dr. Karan Singh of the Auroville Foundation. The temple, which was first built in 2000, was smaller than the present one.

But it was destroyed in the tsunami of 2004.

The current Pyramid Temple was built in 2006, with the help of Auroville Earth Institute. It’s bigger, and it’s in the same place as the earlier temple. And its design concept and proportions are inspired by the design of the Great Pyramid of Egypt.

The temple doesn’t have a kalasam on the top. Its entrance faces south, in line with the fact that Lord Shiva is called Dakshinamurti (one who faces south), And his statue is so aligned with the centre axis that the third eye is exactly one-third from the base of the temple. It has three pradakshina paths – around the idol, around the temple and around the complex.

Also, Sri Karneshwar Nataraja Temple is oriented towards the magnetic north. It’s believed that doing so generates maximum spiritual energy in the temple.

Things to do at Karaneswar Nataraja Pyramid Temple

Inside this pyramid temple, you can take blessings from Lord Ganesha and Lord Murugan apart from Lord Nataraja Shiva. The temple complex also has a Shivalinga and a small statue of Nandi bull as the guarding deity.

But Pyramid Shiva Temple Pondicherry is more of a spiritual destination than religious. You can feel peace and serenity as you enter the temple complex.

The temple location, by the calm beach, makes it an ideal place for meditation too. It has, actually, been built as Dhyana Mandapam (meditation house, in Tamil). The sound of the waves also adds a soothing effect to the comforting ambience inside.

You can also spend time by the sea shore. It’s only a stone throw away from the temple. And you can explore the garden too, which surrounds the temple.

Karneshwar Nataraja Pyramid Temple remains open on all days, from 9 AM to 12 noon and 4 PM to 7 PM. And the entry is free for everyone.

It takes only about an hour to explore it.

The temple is open throughout the year, but it’s during the winters when the weather is suitable for a pleasant visit. Winter starts around November and remains until February. So, visit this blissful place in winter, and you can spend as much time as you want.

How to reach the Pyramid Temple in Pondicherry?

Sri Karaneswara Nataraja Temple is in Pudukuppam village, 15 km away from Pondicherry city centre. It is off the scenic East Coast Road. From Puducherry railway station, as well as Puducherry bus stop, the temple is 16 km away. And from Puducherry airport, it’s 15 km away.

The nearest major railway station to Pyramid Temple Pondicherry is in Villupuram (about 50 km away). The nearest international airport is in Chennai, 130 km away.

And following are the different ways to reach the temple –

By bicycles/motorcycles – Bicycles and motorcycles to hire are found in many places in Pondicherry. You can get one and take it for a ride to Karaneswara Nataraja Temple and other tourist places around it. It takes only around half an hour to reach from the city centre.

By auto-rickshaws – Auto-rickshaws are also present everywhere in Pondicherry. They can take you to the temple and back to the city. It takes only about half an hour to be here.

By taxi/cab – Taxis and private cabs are the best way to explore Nataraja Pyramid Temple and other tourist places in Pondicherry. You can hire one for the entire day from top car rental companies in Pondicherry and explore the tourist destinations nearby.